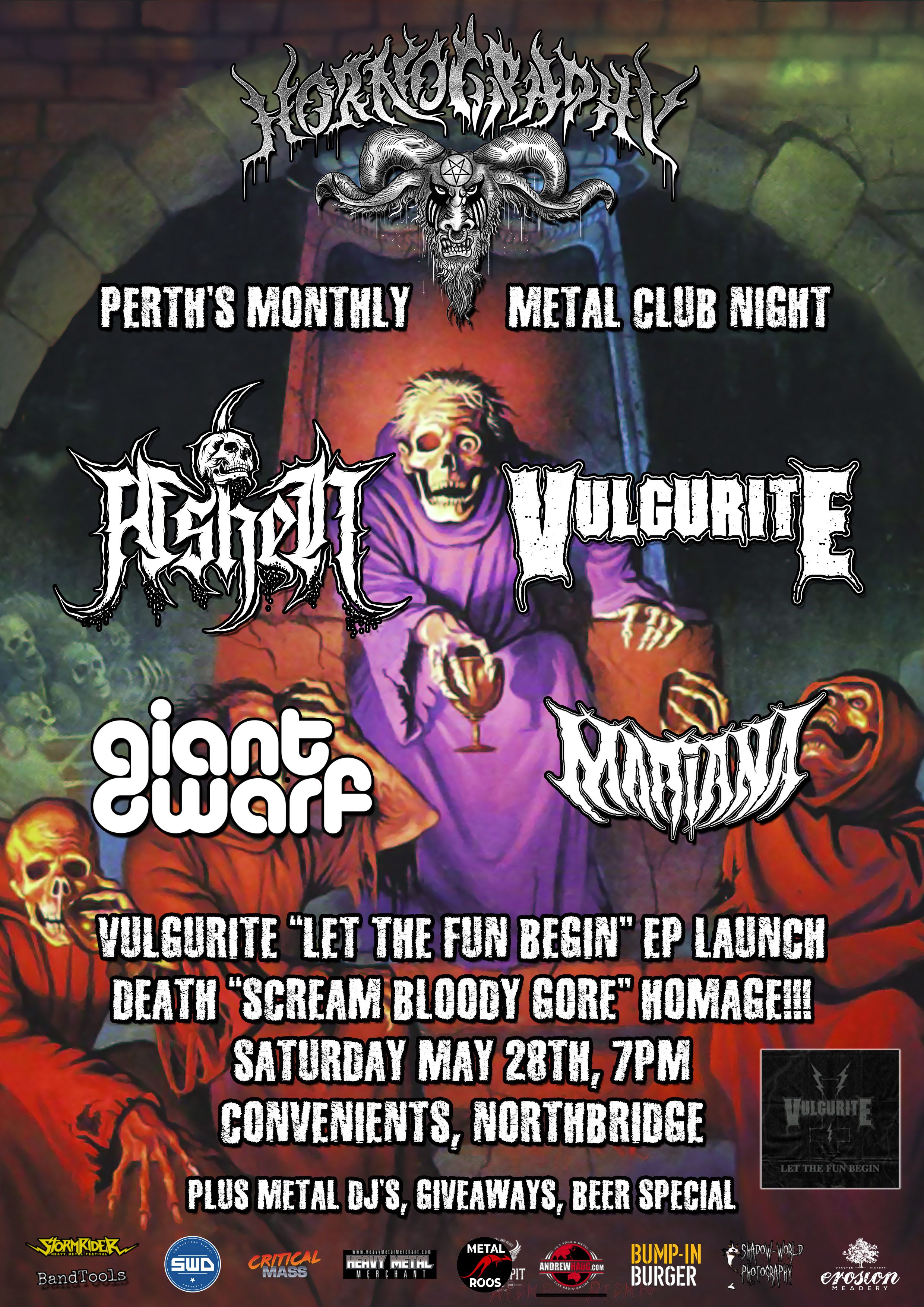 Roaring through 2022 in style, HORNOGRAPHY has flourished in it’s new home at CONVENIENTS, with Perth metalheads making the most of the last Saturday of every month!

This month at HORNOGRAPHY there are four killer local metal acts with varying heavy genres for every metalhead to enjoy, amidst the usual good wholesome debauchery we are known for.

This month marks 35 years since DEATH released their classic ‘SCREAM BLOODY GORE’! So we’ll be paying homage to the album and blasting tracks from it throughout the night

ASHEN
Fresh off the release of their ‘Godless Oath’ EP, death metallers ASHEN are back on the live circuit and crushing all in their path. Featuring members of other classic local acts, ASHEN have a sound worshipping the heavy goodness of the old-school with a modern extreme touch.

VULGURITE (‘LET THE FUN BEGIN’ EP LAUNCH)
One of the year’s most active heavy acts in Perth, VULGURITE have been relentlessly pummeling stages and winning a loyal fanbase in the process. For those who like their music gritty and rocky with a metal touch.

GIANT DWARF
Stoner rock stalwarts are here for their second Hornography appearance. Since we last had them on board they have played big shows, sold out of a vinyl and released a single with a sick music vid. Slinging heavy fuzz laden psychedelic riffs, these guys are the real deal.

MARIANA
This energetic instrumental metal trio will be opening up the bill and showing us Hornographers what they’ve got to offer!