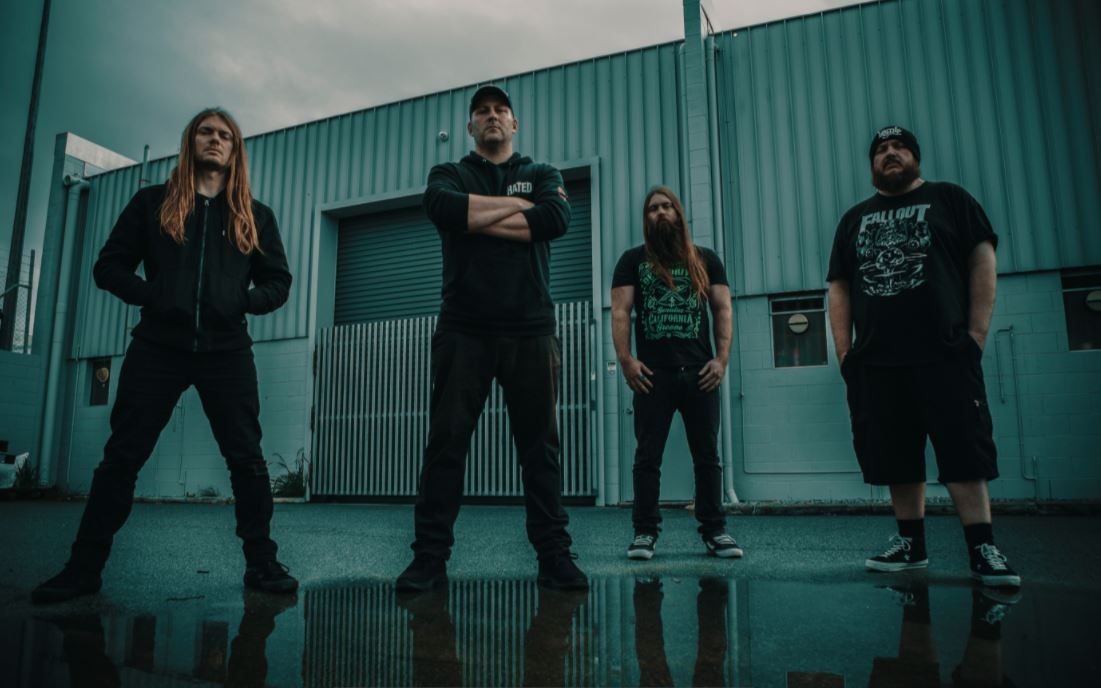 Give us a quick rundown of the KIMURA story so far & can you also tell us what the name KIMURA means?

Labels & webzines often like to write at the end of a bio or review with the term ‘for fans of’ such & such bands. But really I think the band itself should be telling us this. So enlighten us if you would. KIMURA is for fans of?

Your new album, ‘Circle The Prey’, is due for release on October 21st independently. How does it stack up to your previous releases & what would you say to a metal punter now to convince them to part with their bitcoin or credit card & grab themselves a copy?

Over the 12 months leading up to the studio, we stepped up the production & song writing process to a more professional level and really pushed ourselves musically as well as collectively writing the song structures together.  This release, is much heavier, darker & personal to us, than previous releases but still maintains that Kimura Headbang feel, with more technical elements of musical playing, writing & performing.  Come to a show and we’ll get you moving.

We are releasing the album on a format that’s much more convenient for just about any stereo 😉 as well as something very important to us we’ve wanted to do for a long time, VINYL!!!!
Outside of that, we have, CDs, Hoodies, Shirts, Singlets, Hats, Beanies & more coming, another reason to come to the show.

Life always presents itself with hilarious or crazy moments, that forever stick in your mind. Any moments like this stick out for you KIMURA guys, or any fun fact you can share with us?

Our drummer for lack of a better word, is a potato and falls down a lot, this is a daily occurrence, so there’s not one particular time that stands out.
Our guitarist, Ian, whilst heavily intoxicated after a show in Bunbury, decided to challenge mother natures fury and ocean storms by nearly dying.  Lucky for mother natures sake, Ian is an immortal.
We know something isn’t right with Kyle our bass player, we just can’t quite put our finger on it yet.
Josh has issues…lots of… and mostly is a cephalopod (broken spine in various places).  He once played a show with a broken neck, but we weren’t worried as you need bones to have a broken neck and we know he is spineless.

Gordo likes his CDs, its an OCD collector thing he has, Ian & Josh prefer live for the energy, otherwise digital for convenience & Kyle also likes his CDs, it’s a pastime for him to buy a cool CD and play it start to finish

Perfect Line Up in our dreams: Parkway Drive, Thy Art Is Murder, Psycroptic, Resist The Thought.

Artist (as in artwork) – Black Abyss: The Art of Rob Stanley (did our artwork for Circle The Prey)

Manowar would have to be no where near as good looking as Ian…EVEN if you combine them all... Doesn’t even come close.